Bhutan is a mystical land, a country nestled in the Himalayas with cool weather. It is the only Buddhist kingdom in the world that attracts a lot of foreign visitors for its beauty, culture, and spiritual places to visit in Bhutan. Every traveler or travel group is assigned a tourist guide in the country. Only citizens of India, Bangladesh and Maldives are allowed without a mandatory tour guide for their travels.

The country of Bhutan is populated by 800,000 people and they have managed to keep 72 % of its land as forest area. The constitution of Bhutan mandates that a minimum of 60 % of its land be reserved for forests at all times. Also, it is the only country to be carbon negative! It has absorbed more carbon dioxide than it produces! Amazing, right?

Visiting Bhutan is not like visiting any other country, it goes by different rules. Depending on the season you’re visiting the country in, as a tourist, it is mandatory to shell out $200 to $250 per day. However, this is inclusive of a Bhutanese guide, food, and accommodation, entry fees to sights. The amount is justified by the Government to preserve the cultural heritage of Bhutan. Sitting between major superpowers like Indian and China, this is also another step to remain an environmental frontier for the modern world.

The language spoken is Dzongkha and it has its roots in Tibetan. Now, the word ‘Dzong’ means a fortress that houses both the administrative and monastic institutions of the particular province. So, we recommend that you visit only a couple of Dzong(s) and not all provincial Dzongs in the country.

Literally translated as ‘House of the Gods’, lhakhang is a religious structure found throughout Bhutan- most notable among them being Chimi Lhakhang in Punakha and Kyichu Lhakhang in Paro. Spiritual retreats in Bhutan are aplenty and you have to make sure that you visit a few of these to experience the treasure of silence and meditation within you.

This is an informal one. People in Bhutan lovingly put this suffix ‘la’ at the end of greetings and certain sentences. Blend in with the public by using this suffix yourself. Also, a mountain pass is referred to with ‘la’ at the end such as DochuLa & Chele La pass.

Bhutan is a constitutional monarchy today. The current King Jigme Khesar Namgyel Wangchuck is the 5th King of Bhutan and that is so since 2006 when he took the throne. Images of Druk Gyalpo (Dragon King of Bhutan) and Queen Jetsun Pema are found in all parts of the cities and villages as they command respect from the citizens across the country. In 2007, Bhutan became an active democracy by holding a non-partisan democratic election. Lotay Tshering is the current Prime Minister of Bhutan who has been serving since 2018.

Bhutanese people love their cheese! Their national dish is ‘Emma Datshi’ which is a curry that has assorted (not necessarily) chillies and cheese which is served with red rice or bread. Similar other dishes include kewa datshi (potato and cheese), Shakam datshi (cheese with meat like beef). Jaju is a popular vegetable soup while dumplings are popular across the country. Alcohol is quite prevalent in the country from beer to whiskey, you can find everything.

Though it is known as a spot for its spirituality, silent retreats, monasteries and natural beauty, the mountainous country offers river rafting in Punakha among many adventurous activities. Archery is the national sport of the country. You can opt for challenging treks like Duer Hot Springs or a short trek like the Druk Path Trek. So worry not, this is not a boring country for the oldies, it has a little something in it for the seekers of adrenaline rush and adventure.

Bhutan is the only country in the world to look at non-economic aspects of the country on a formal level calling it Gross National Happiness (GNH) like GDP is the crucial component of countries in the existing world order. The term was first coined in the 1970s by the Fourth King of Bhutan- Jigme Singye Wangchuck which focussed on the holistic development of the country without leaving out the lighter side of life which almost never finds a mention in important national documents. 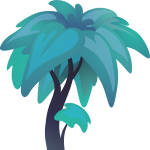